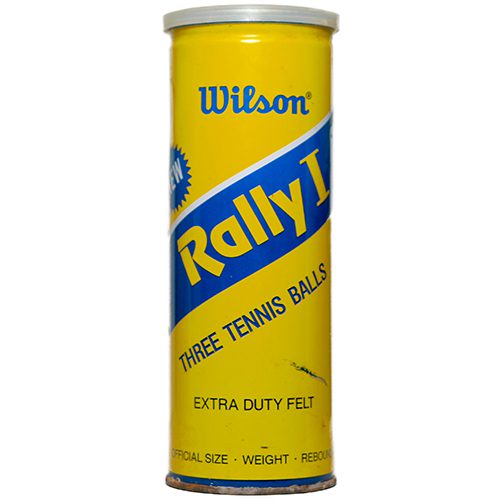 Yellow can with blue text and trim. Blue starburst on side with white “NEW”. Diagonal blue baner with white accent at top has yellow text “Rally I”._x000D_
From a news article published in 1985 – “Wilson hopes its new ball, about 7 percent larger than a conventional ball, will match the success of oversized tennis rackets, which have revolutionized the game since the late 1970s._x000D_
The ball, called Rally, is designed to make the game more enjoyable, in particular for newcomers, prospective players and even those who dropped the sport. Wilson also claims that intermediate players, individuals with some skills, will like Rally.”