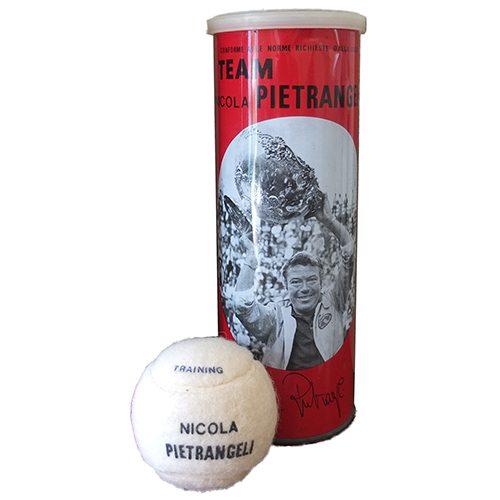 Red can with large oval black and white photo of Pietrangeli in 1976 as Davis Cup captain holding the Davis Cup trophy over his head. Black text above photo reads “TEAM PIETRANGELI”. Pietrangeli’s signature is located on the photo, underneath the photo, and on the reclosure lid. Back side of can has three tennis ball images with “STRONG” in red at the top of each ball, and “NICOLA PIETRANGELI” in the center in black. Pietrangeli was an Italian Champion during the 1950s, and winner of Roland Garros and The Italian Open.