Disclaimer: The text below was taken from a brochure that I received from Penn. The pictures however, are mine.

Basically, here is how a tennis ball is made. 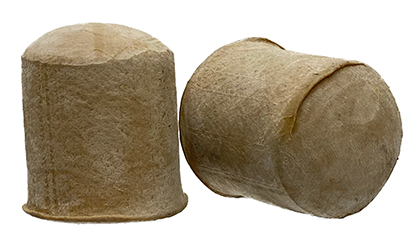 A top grade of natural rubber is mixed with a number of different chemicals. The mixture is milled to a smooth consistency and fed into an extruder which forms the mixture into pellets, each an exact size and weight. Each pellet will become half of a tennis ball center.

While the pellets are being formed, a natural rubber adhesive  is mixed and milled. The adhesive will be used to cement together the halves of tennis ball centers and to bond felt covers to the centers.

The rubber pellets are placed in precision molds for what is called the first cure process. Under pressure and heat, the pellets are formed into hemispheres, or one-half of a tennis ball center. 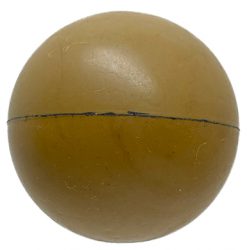 These halves are edge-buffed to fine tolerances on precision equipment. Their edges are then coated with natural rummer adhesive, and the halves are placed in another mold for the second cure process. This second cure of heat and pressure permanently fused the halves into complete ball centers and provides a controlled interior pressure within the centers.

The completed centers are conveyed to large buffing machines which abrade the surfaces of the spheres. A slightly rough surface permits the ball center to better retain adhesive and to grip the ball cover when it is applied. 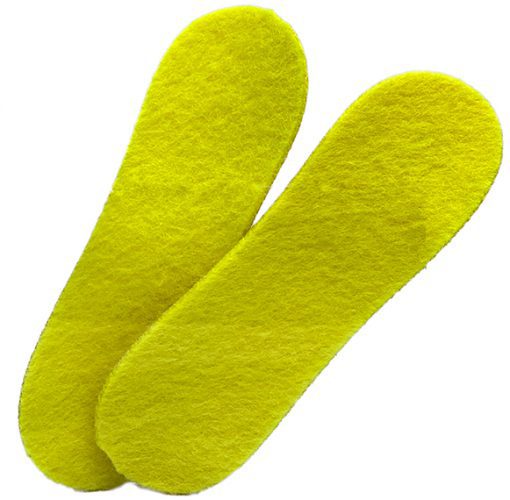 After buffing, the centers are coated with natural rubber adhesive, and they’re ready for covering. The ball covers are made from custom felt consisting of a combination of natural and man-made fibers. Prior to cutting, rolls of this felt are coated on the back with natural adhesive in controlled quantities. Precision equipment is then used to cut individual cover pieces from the rolls to assure an exact fit around the ball center.

Stacks of individual cover pieces each shaped like a small footprint, are placed in special racks which permit them to be dipped in white adhesive so that only their edges are coated with the tacky material. These adhesive-coated edges are what become the white seams of a tennis ball. 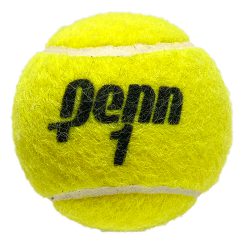 The actual mating of the rubber center and the felt cover strips – two to each ball – is achieved through a combination of skilled hand labor and special equipment developed by Penn and GenCorp engineers.

From the covering operation, the tennis balls are moved to another series of presses to undergo a third curing process. This application of heat and pressure assures a solid bond between cover and center.

Removed from the curing press, the balls are placed in large tumblers in which they are steam-fluffed to remove the mold marks and to raise the nap of the felt. A fluffy nap serves an important purpose. A tightly compacted nap would cause a ball to play too fast. Additionally, the fluff contributes to ball control, enabling racquet strings to momentarily grip the ball during a stroke. 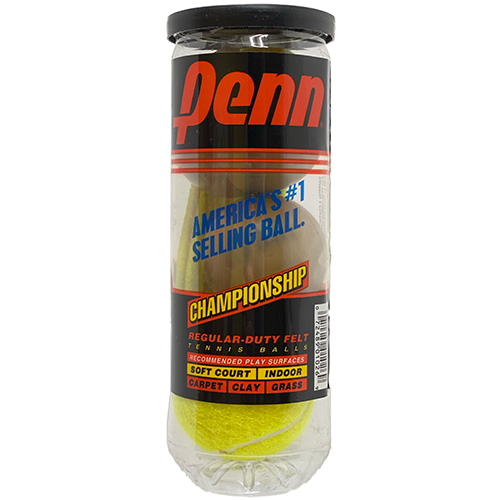 The balls are now ready for imprinting with brand logos and for packaging. The balls are given one final visual inspection, then fed in to cans which are hermetically sealed. The pressurized can helps to preserve the balls’ freshness until the can is opened and play begins.