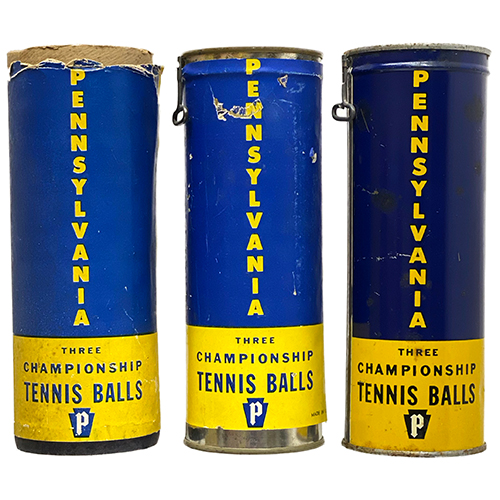 This picture is a nice example of some steps that manufacturers may implement during a container design or style change. The first is a cardboard tube used at the end of World War II when metal was in short supply. As metal became more accessible, cans were available but sometimes there was a delay in the lithographing so paper labels were still used in the interim. The final can is the fully lithographed version. Note: the two metal cans do have the additional text “MADE IN U.S.A”. 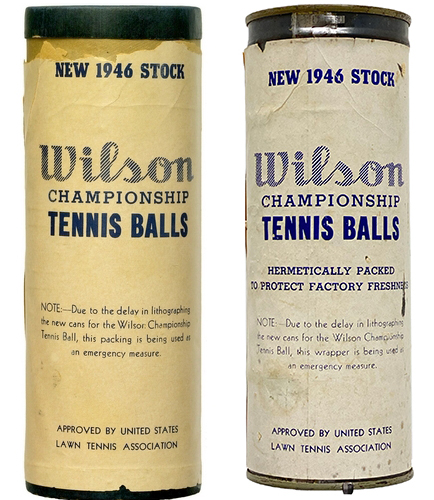 Another example would be these two Wilson cans from 1946. A cardboard tube and metal can both sporting the same paper label explaining about a delay in lithographing.